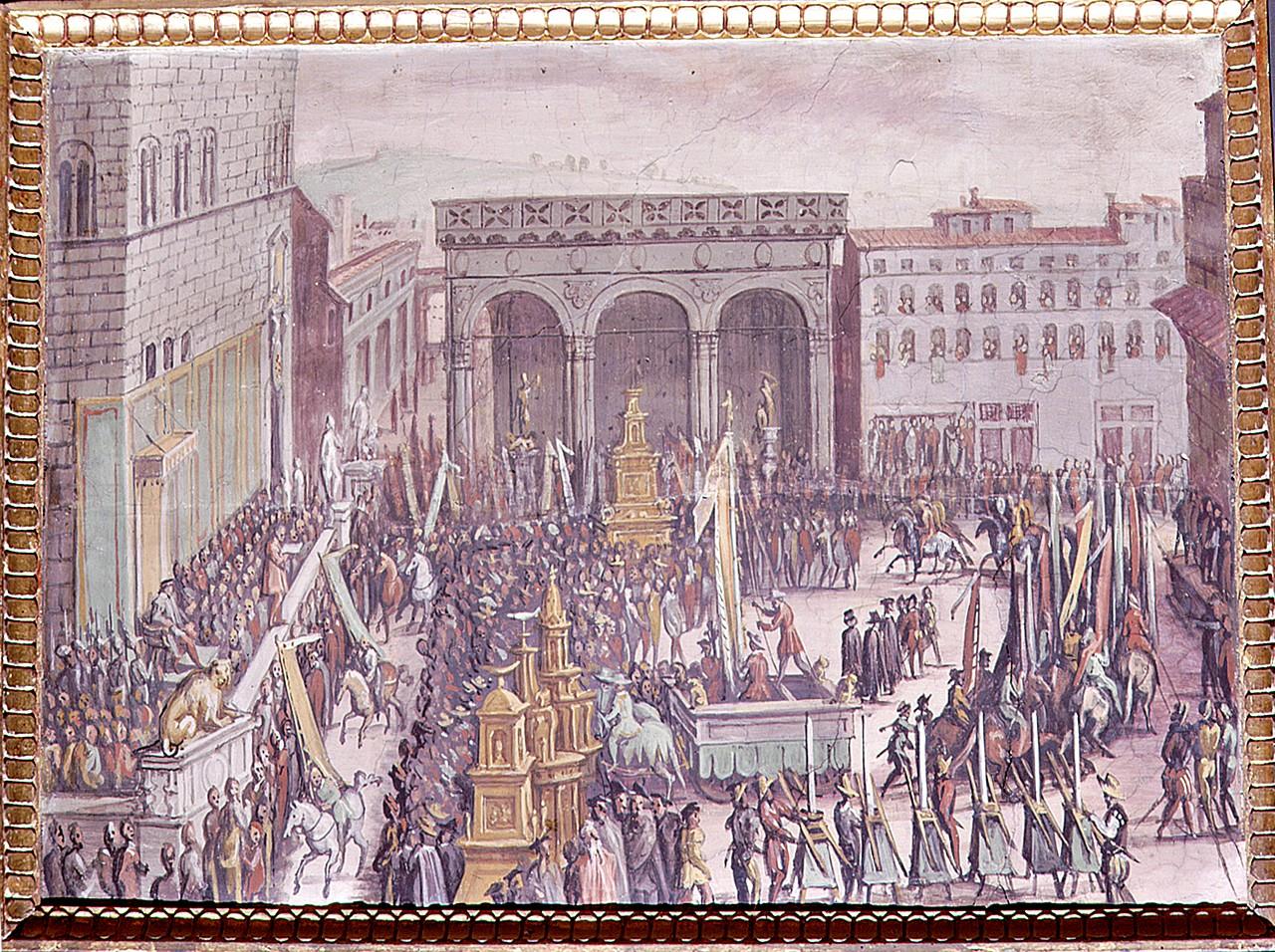 Michelangelo and the florentin unwelcome visitor

Posted at 12:14h in Senza categoria by Irene Martinelli
Share

The Florentines, as we know, are known for their rather controversial and ironic character at the same time. In confirm of this aspect, in Florence circulates a legend that would be worth like protagonist nevertheless that the great Florentine genius Michelangelo.

The crowd of tourists, statues, paintings and everything that animates the place will fill your eyes and fill your horizon. But there is always something, a little hidden detail, that will escape your eyes and your attention. It is a bas-relief of a masculine face of profile, of which one distinguishes the lines of the hair, the eye, the nose, the mouth and a part of its neck. From what one tells this sketch would have been realized by the big Michelangelo. The story has been traslated to us in two different versions.The first tells us that Michelangelo would have carved the portrait of a man who often bothered him with his tedious and uninteresting stories, pretending to listen to him, his back turned to the stone and without the other noticing it.

Hence the Florentine name of Importuno to this carved profile.

The other version says it would be the portrait of a condemned man, led through the streets of Florence before being taken to the scaffolds. The expression of the convict, so singular, struck Michael Angelo so much that he decided to immortalize his features, forever, on a stone of the palace of the Seigneurie.

It’s up to you to choose the version you find most interesting, for me to show you where, on the spot of the Seigneurie, this profile has been engraved by Michelangelo.