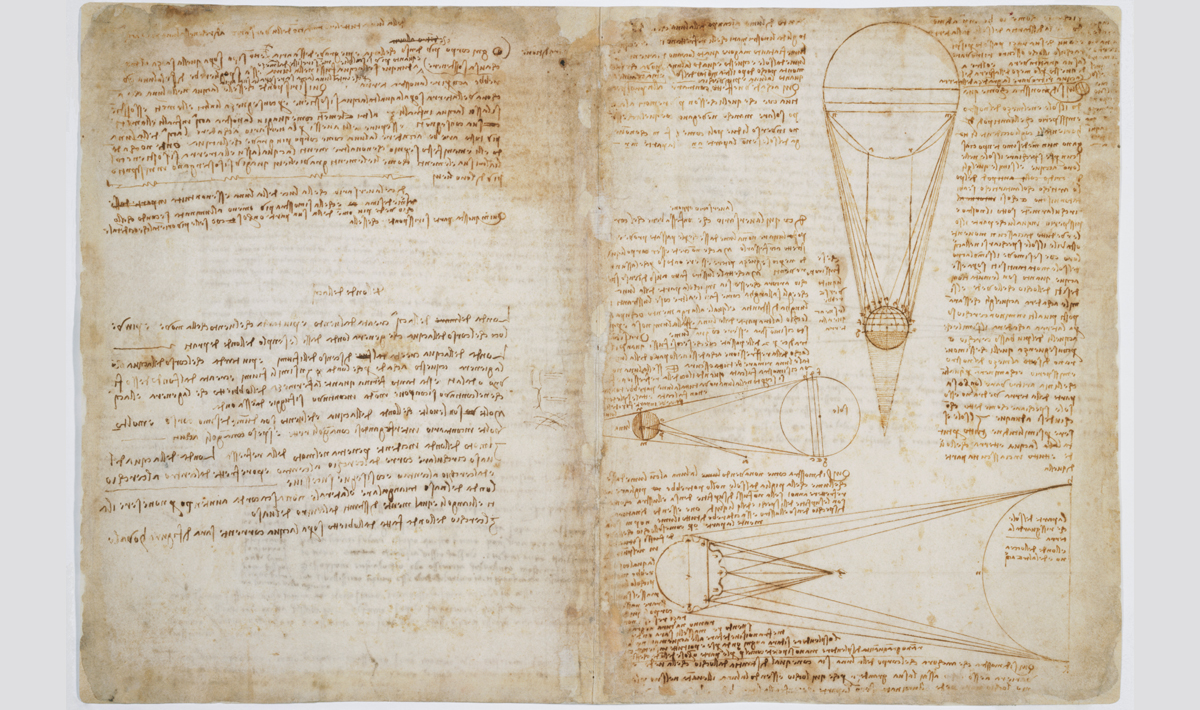 Posted at 13:31h in Senza categoria by Irene Martinelli
Share

One of the most famous manuscripts written by the Florentine Leonardo da Vinci, who has already been defined as the Genio Universale, has returned to Florence for a temporary exhibition in the Sala della Magliabechiana of the Uffizi Gallery.

The manuscript testifies to the intense and unceasing research conducted by the “vinciano” master on more branches of knowledge. Beyond the more specifically artistic disciplines, throughout his life Leonardo devoted himself to the study of scientific topics such as engineering, mathematics, optics, geology, anatomy and hydraulics.

The results of his fascinating studies have arrived thanks to the copious series of manuscripts, now distributed the various museums of the world, with the exception of the Hammer Code. In fact, this is the only one kept in a private collection.

Belonging to Mr Cook, count of Leicester since 1717, later acquired by Armand Hammer, the Manuscript is currently owned by Bill Gates.

The Hammer Code, in particular, contains the summa of the analyzes conducted by the artist on topics related to hydraulics: the importance of water, the use of its power and its strength, as well as its exploitation for the benefit of life of man and society.

In addition to the original sheets and manuscripts, displayed in the ultra-modern showcases, the interactive screens allow the vast public to view and browse digitally the entire corpus of the Code, thus confronting the artistic thought and the scientific philosophy of the great Master Leonardo da Vinci.