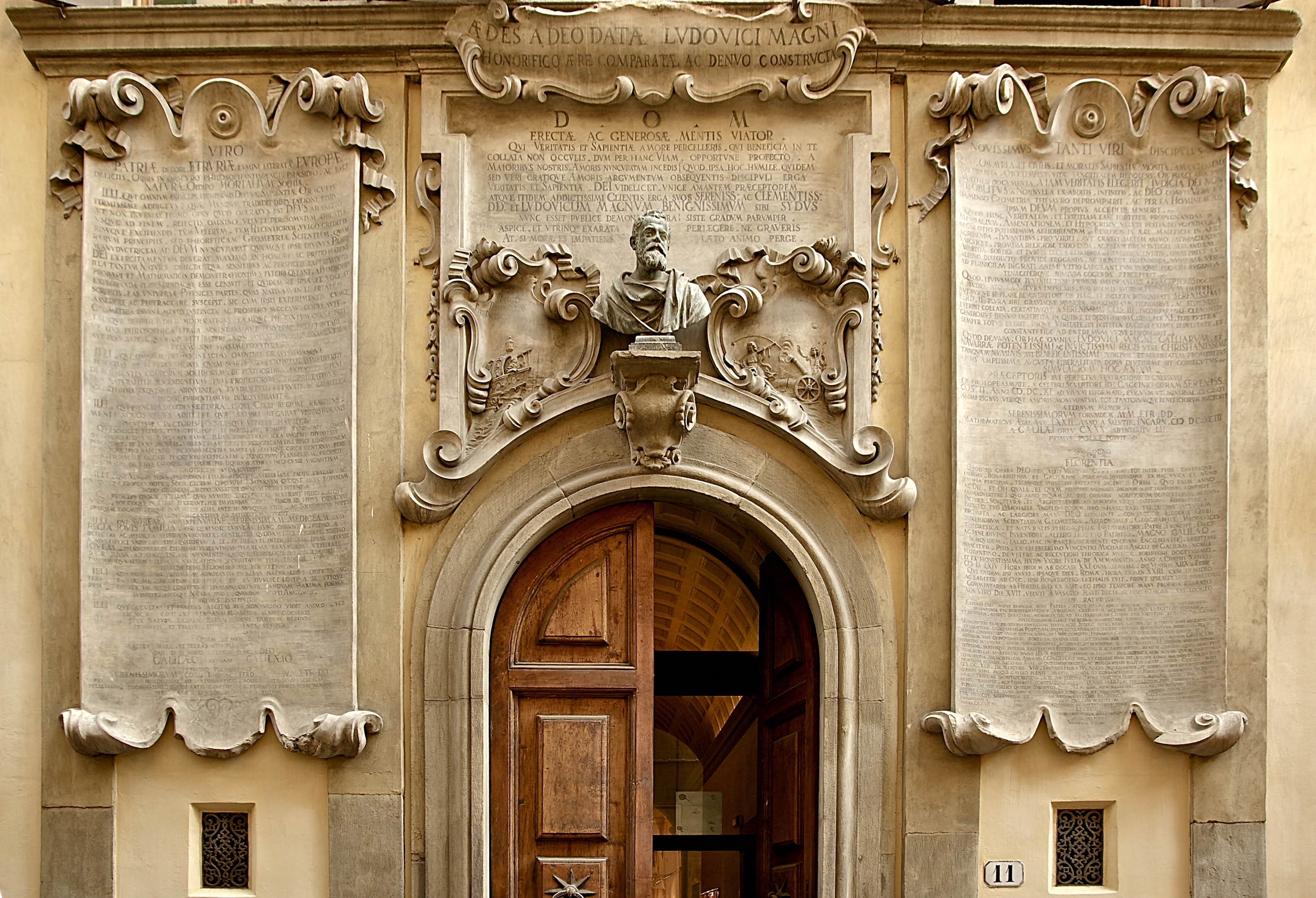 Galileo Galilei and the Palace of the “Cartelloni” in Florence

Posted at 11:29h in Senza categoria by Irene Martinelli
Share

In Florence, each stone has its history and each palace has a Florentine memory to transmit. On the site of the house of the family that commissioned Leonardo da Vinci to Gioconda’s portrait, some century later was built the Palazzo Viviani or “dei cartelloni”. This palace is located in the district of Sainte Marie Nouvelle, near the Saint Laurent market. It has become famous thanks to the singularity of its facade covered with three large bas-relief cartouches bearing inscriptions, hence the name of Cartelloni’s palace. It was the mathematician Vincenzo Viviani who, in the middle of the 17th century, commissioned the edification. A faithful pupil and strict collaborator of Galileo Galilei, Viviani wanted to pay tribute to his great master and founder of the principles of modern science, which appears with his bust above the main door. Having been written by Viviani himself, the Latin epigraphs describe and celebrate Galileo’s inventions and astronomical discoveries, but they were also conceived with the aim of claiming the time, probity and memory of a man that the church considered heretic for several centuries.